Once you have created your plan and added resources, Skeddly will create the necessary actions to create and delete those backups according to your desired schedules.

Managed Backups kicks that up 10 notches.

Yes, Managed Backups even supports Google Cloud Platform. Support for Microsoft Azure and additional AWS services will be coming in the near future.

Managed Backups also supports multiple cloud accounts. So you can create a single plan that covers many AWS accounts.

To start using Managed Backups, you start by creating a Backup Plan. 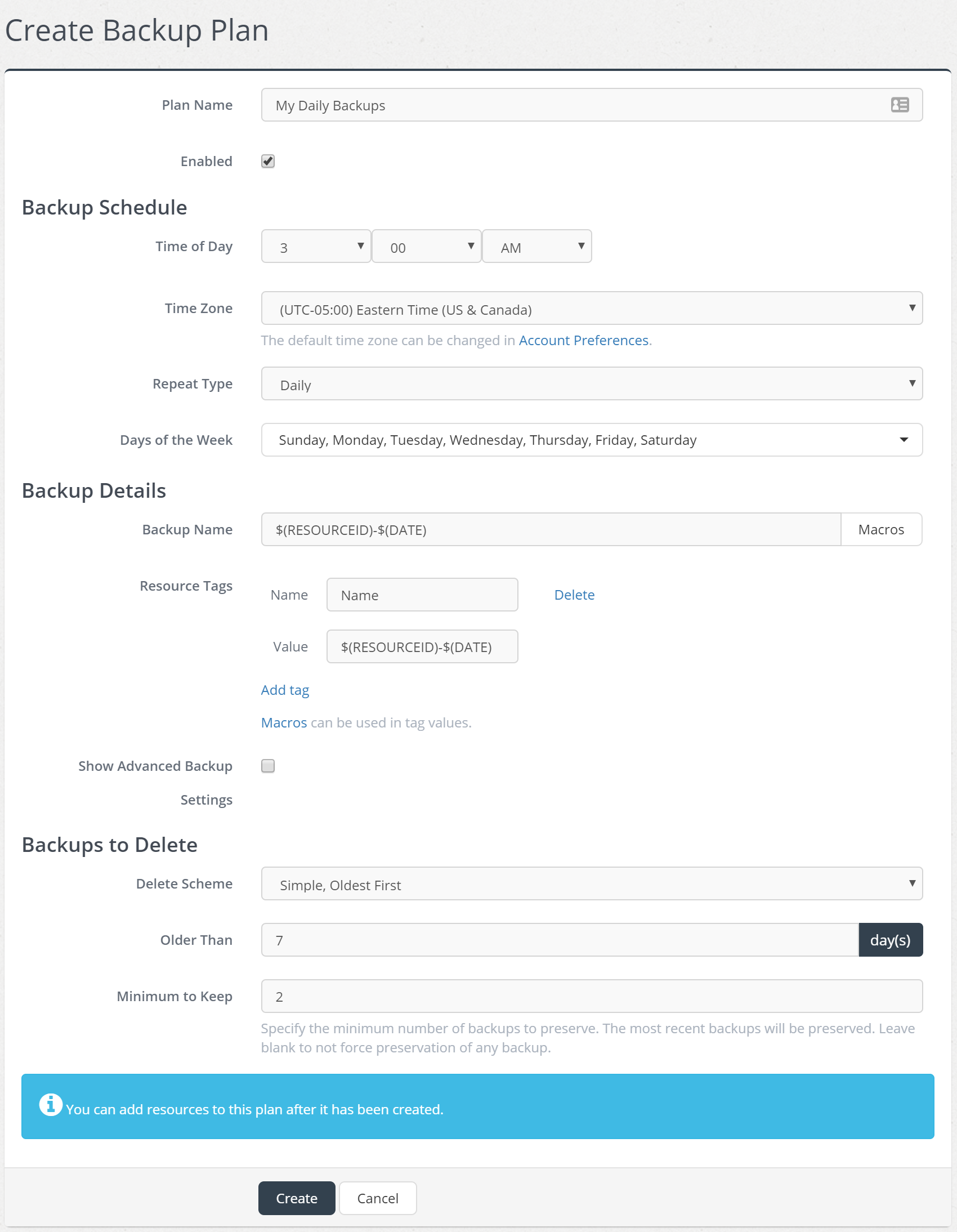 Here, I’ve decided that I want my backups to occur at 3am every day.

I’ve also defined the name of the backup along with some additional resource tags that are to be added. You can also control whether Skeddly stops your instances or not for consistent backups.

Next, you add some resources to your plan. 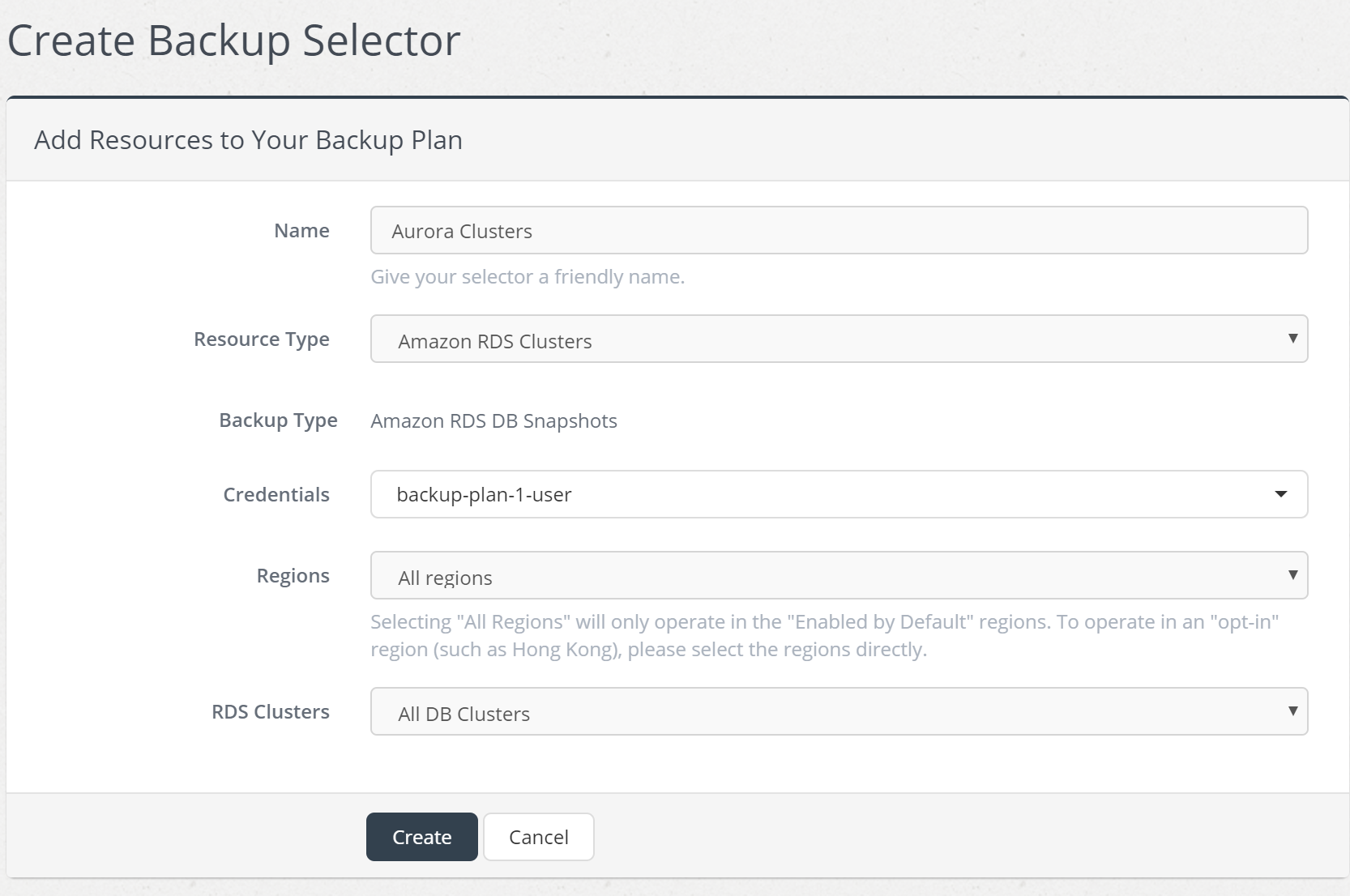 Here, I’m adding my Aurora clusters to my backup plan.

Once the resources are added, Skeddly will automatically create my “backup” and “delete” actions for me. Simply use Skeddly’s IAM Policy Generator to generate your permission policies and you’ll be all set.

There is no additional cost for using Managed Backups. You simply pay normal pricing for the actions executed.