A Business-Hours Only RDS Instance Is Possible

Unfortunately, Amazon RDS does not have the same capabilities to stop and restart the instance. Instead, the only controls you have of your RDS instance is to restore a new instance from a previous snapshot, and to delete an RDS instance, creating a final snapshot in the process.

Let’s say that your RDS instance is only needed from 8am to 8pm, Monday through Friday. You can achieve cost savings using Skeddly by following these steps:

Below is a screenshot of these settings in Skeddly. 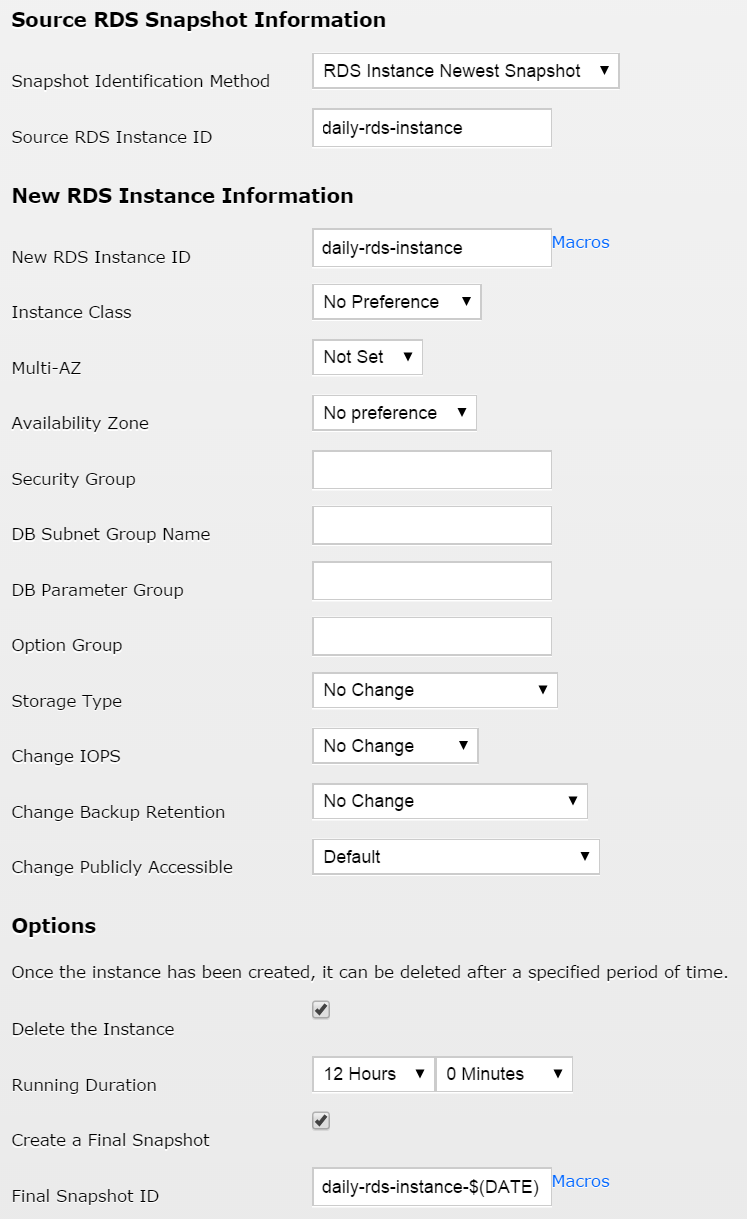 When the action executes it will create a fresh RDS instance based on the previous night’s final snapshot.

By using Skeddly to implement a 12-hour, Monday through Friday up-time schedule, you can realize a cost-savings of 64%. For a db.m3.medium MySQL instance, that’s a savings of $506 per year. For larger instance types, the cost-savings grows even higher, such as with a db.r3.8xlarge where the cost-savings could be over $42,000 per year.

Reduce your costs by scheduling “off-time” for your EC2 instances, RDS instances, and Redshift clusters. Sign-up for our 30 day free trial or sign-in to your Skeddly account to get started today.